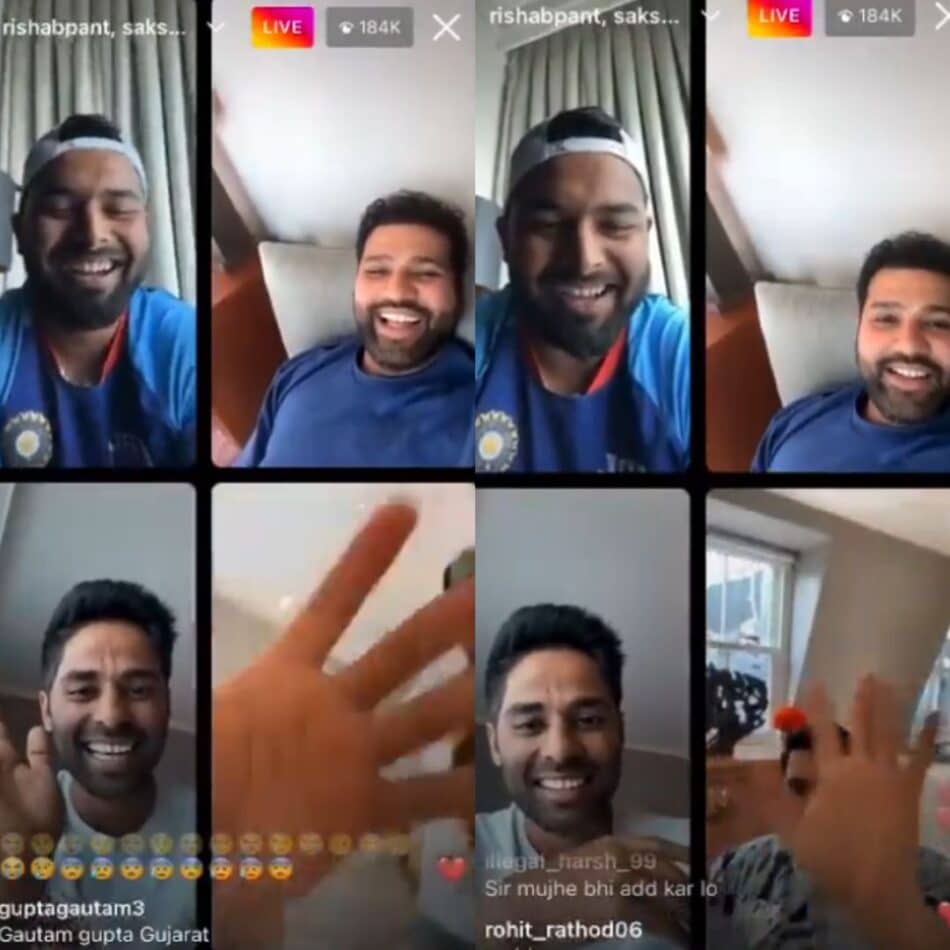 WI vs IND: On Tuesday, fans saw something unexpected when Rishabh Pant had a live session on Instagram to interact with the fans. He was along with other Indian players, like Suryakumar Yadav and Indian skipper Rohit Sharma. Pant also tried to add former Indian skipper, MS Dhoni, to the live chat session. However, MSD suddenly switched off the chat. All three were connecting with fans when the camera moved over to Dhoni, causing laughter and excitement. Bet online by checking more trusted betting sites in India for the upcoming match here on our site.

However, MSD didn’t have a long appearance, but that was enough to make it viral. The video clip was spread like a fire in the woods all over social media platforms. Fans were also sharing it with others. This clip featured Pant, Rohit, and SKY connecting with their fans. Suddenly, Pant flips his camera to Dhoni, attempting to engage the former captain in that live session. But Dhoni quickly turned off his mobile.

WI vs IND: MS Dhoni turned off the phone after Pant tried to put him in the live session – Watch

However, as MSD drafted his phone off, both SKY and Rohit burst into laughter. Pant said to MSD during the interaction, “Mahi bhai, kya haal hai, rakho rakho, bhaiya ko thoda live pe rakho (How are you Mahi Bhai? Please keep brother on the live session).” However, after that, the former Indian skipper turned off his phone’s camera.

Notably, during the live interaction, the Indian skipper also trolled the veteran leg-spinner, Yuzvendra Chahal. Even Pant also had a funny banter with Rohit. Notably, both Pant and Rohit are not part of the three-match ODI series against the West Indies. The BCCI has given them the rest. But they are back for the five-match T20I series that will be played after three ODIs.

India have already won the ODI series under the captaincy of Shikhar Dhawan, with one match left. The third and final game will kick off on Wednesday, July 27 at Queen’s Park Oval. The visitors have won the first two games and will look to whitewash the hosts 3-0. West Indies, on the other hand, have nothing to lose and will try to avoid a second consecutive whitewash.

The T20I series will start on Friday, July 29 at Brian Lara Stadium. Notably, India has given rest to Virat Kohli, Jasprit Bumrah, and Yuzvendra Chahal from the five-match T20I series. Browse the latest cricket betting odds on a wide range of markets and learn how betting odds work and give you the best cricket rates online.