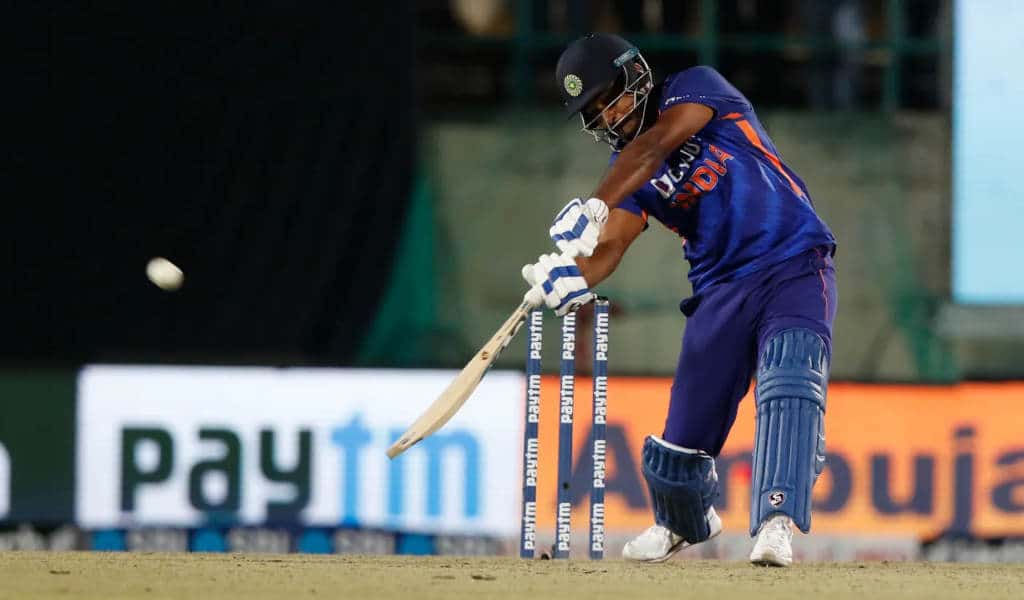 WI VS IND: Sanju Samson, the batsman for India, has replaced KL Rahul in the T20 team for the five-match T20I series against the West Indies, which is a significant move. The Kerala batsman was a member of India’s ODI squad. And scored fifty runs against the host nation in the second ODI. Still, he was left out of the team for the shorter formats. Due to the return of stars like KL Rahul, Rohit Sharma, Hardik Pandya, and Rishabh Pant. Samson was nevertheless included in the T20I team in a sudden move. KL Rahul was forced to withdraw after contracting Covid-19. While recuperating from sports hernia surgery performed in Germany last month. Here are the top 10 betting sites in India that you can open on your mobile devices and enjoy competitive odds and all the features you can expect from a mobile betting site.

“The All-India Senior Selection Committee has named wicket-keeper batter Sanju Samson as a replacement for KL Rahul in the T20I squad for the ongoing West Indies series. KL Rahul was earlier named in the squad, and his participation in the T20I series was subject to fitness. The batter tested positive for COVID-19 last week.”

WI VS IND: Sanju Samson’s Return To The Team

Sanju Samson participated in the team during the just-completed ODI series, in which the team won 3-0. To complete a second clean sweep in the three-match T20I series starting Friday. A fully-loaded Indian team would be aiming to overwhelm West Indies.

With fewer than three months till the T20 World Cup. Captain Rohit Sharma and coach Rahul Dravid will have about 16 games to hone their core team before the mega event. These games will include five against. WI, 5 in the Asia Cup (assuming India plays the final), three vs. Australia, and three vs. South Africa. On the other hand, Rahul was chosen for the T20I team. Even though his availability depended on his fitness level.

The right-handed hitter has been sidelined since the IPL ended. Following completion of the IPL, he traveled to Germany for groin surgery. After a successful surgery, he returned to the National Cricket Academy (NCA) in Bengaluru. Where he started posting pictures of his recovery process online.

Covid-19 prevented him from going to the Caribbean, though he did recover in time for the series. Earlier last month, he had tested positive for Covid-19. Rahul spent the entire time in isolation. But the BCCI’s medical team recommended that he take an additional week off to unwind and heal.