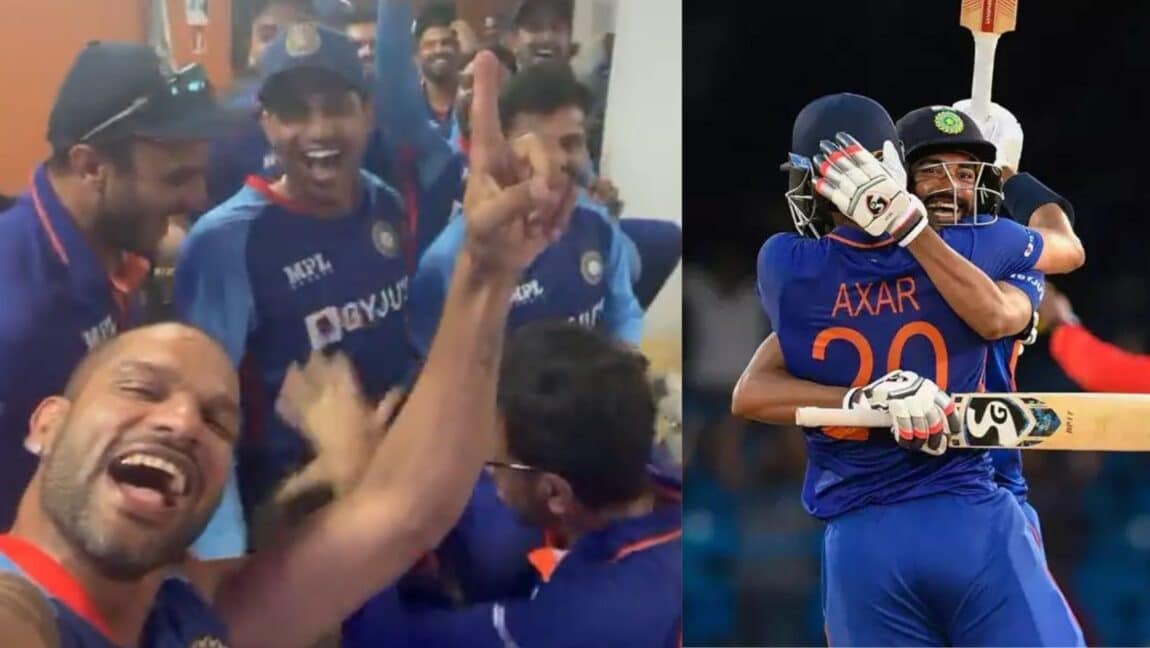 WI vs IND: The Men in Blue successfully won the second ODI match against the West Indies on Sunday. They have now won their 12th series on the trot against the Caribbean team, which is the highest by any team against a single opponent. However, it was not that easy. India toiled hard for this win and it looked difficult at one point, but the lower middle-order helped India steal a win with a thrilling finish.

Bet online by checking more trusted betting sites in India for the upcoming match here on our site.

Axar Patel played a match-winning inning and came out to bat at a difficult stage. But the left-hander made a quick unbeaten half-century of 64* runs off 35 balls with three boundaries and five maximums to take his team over the line. However, the last few overs were full of emotions and tensions. The Indian camp, including head coach Rahul Dravid, was on the edge of their seats. But it was a mature performance from the left-hander who held his nerve to seal the deal for India.

After the win, everyone congratulated Axar for his heroic performance. The players couldn’t control their emotions and also celebrated the win in the dressing room. The Indian skipper, Shikhar Dhawan, himself posted the video of the celebrations on his official Twitter handle. He captioned, “Talent wins the game but teamwork and intelligence win the championship! Kudos to the team for the amazing face-off!”

In the post-match presentation, Dhawan lauded the efforts of the team. He said that it was a complete team effort and that everyone chipped in. The skipper highlighted that everyone was confident and none had lost their belief. He also said that Axar, Shreyas, and Samson were brilliant with the bat and made vital contributions. Dhawan also pointed out the debut of Avesh Khan. He said that Avesh also batted well and scored 10 important runs, in the end, to give support to Axar.

India has won the ODI series with one match left to play. The third and final game will be played on Wednesday, July 27 at Queen’s Park Oval, Port of Spain, at 7 pm. The visitors might look to make a few changes so that the players sitting on the bench can also get some game time. On the other hand, after ending on the other side with two close finishes, the home team will look to avoid the 3-0 whitewash. After the ODI series, both teams will play a five-match T20I series, starting on Friday, July 29.

Here are more FREE betting tips created to help Indian punters get the most out of their cricket wagers.