WI vs IND: Suryakumar Yadav Played a New Version of “Helicopter Shot” off Alzarri Joseph in 1st T20 vs WI 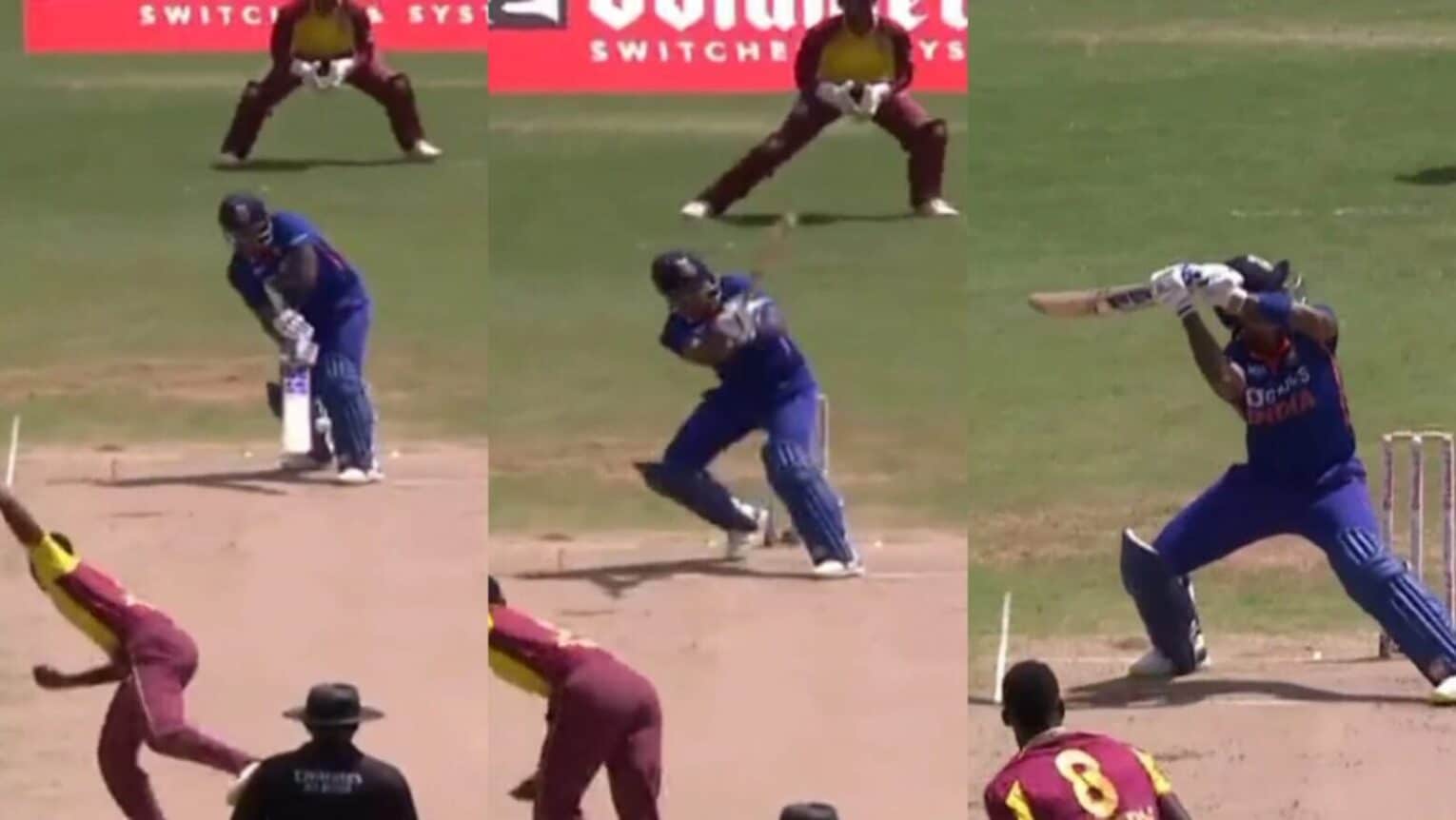 WI vs IND: After registering a 3-0 whitewash, India have got off to a brilliant start in the five-match T20 series. They won the first match comprehensively on Friday by 68 runs at the Brian Lara Stadium, Tarouba, in Trinidad. After winning the toss, the home team asked Rohit Sharma and his team to bat first. And India surprised everyone by sending Suryakumar Yadav to open the innings alongside skipper Rohit Sharma. Everyone was expecting Rishabh Pant to open the innings. Looking for more online betting sites in India for the 2022 season? Read here.

However, SKY did a fairly decent job for his first time as an opener in international games. He, along with the skipper, added 44 runs for the first wicket in 4.4 overs. He was dismissed by Akeal Hosein after scoring 24 runs off 16 balls with three fours and one six. SKY looked good and played some really good shots. The six he hit off Alzarri Joseph, on the other hand, was a sight to behold. He invented a different kind of helicopter version of his own. The batter played the ball to his leg boundary for a six.

WI vs IND: Suryakumar Yadav’s own version of “Helicopter Shot”-Watch

It was the second ball of the fourth over. The bowler bowled a very full ball to the stumps. Suryakumar went across his stumps and whipped the ball over the fine leg boundary for a six. Everyone, including the commentators on the ground, was surprised to see him hit with such great wrist power.

Speaking of the match, batting first, India scored 190/6 in their 20 overs. The Indian skipper scored his 31st 50+ score in T20 internationals. He made 64 runs off 44 balls, including seven fours and two sixes. But the middle order failed in the first match. Shreyas lyer (0), Rishabh Pant (14), Hardik Pandya (1), and Ravindra Jadeja (16) all lost their wickets cheaply. India was in danger of finishing their innings at around 160-165.

But once again, it was Dinesh Karthik who played a vital inning in the end. He scored an unbeaten 41* off 19 balls with four fours and two maximums. Ashwin also played a second fiddle role and made 13* off 10 balls with one six. In reply, all the Indian bowlers bowled pretty well. In particular, the start from Arshdeep Singh and then the Indian spinners didn’t allow West Indies to come into the game. In the end, they only scored 122/8 in their innings, losing the match by 68 runs. Both teams will now lock horns on Monday at Warner Park, Basseterre, St. Kitts at 8 pm IST. Stay tuned for our 100% FREE cricket tips and match guides from our professional betting tipsters.