WI vs IND: “The Ultimate Goal Is T20 World Cup”- Dinesh Karthik After India’s Win vs WI in 1st T20 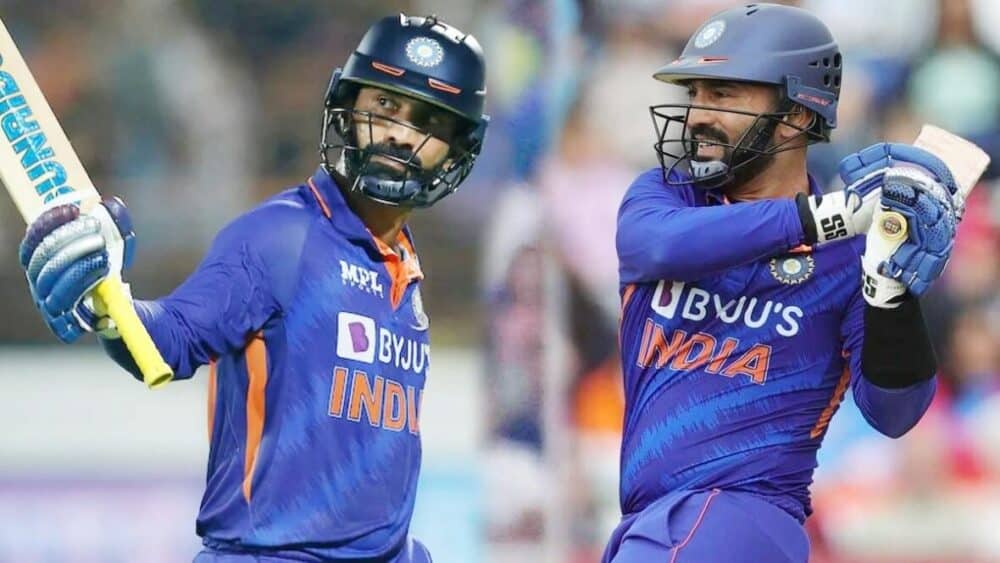 WI vs IND: After a successful 3-0 whitewash over West Indies, India has started the T20I series in a grand fashion as well. The Men in Blue hammered the home team by 68 runs in the opening game of the five-match series. India has taken a 1-0 lead in the series with this win on Friday. It was an all-round performance from Rohit Sharma and his team. However, the vital contribution came from the bat of veteran wicket-keeper batter Dinesh Karthik. If you are searching for the best betting sites in India, you are in the ideal place!

He once again came to the rescue of the Indian team and played a blinder of an innings. He played an unbeaten knock of 41* runs off just 19 balls, with four boundaries and two sixes. DK, along with Ravichandran Ashwin (13*), added 52 runs in the last four overs. In the end, he also won the “Man of the Match” award for his performance. Notably, this was the second POTM award after his comeback into the team.

WI vs IND: “The ultimate goal is to do well in the T20 World Cup”- Dinesh Karthik

Indian bowlers bowled really well and didn’t let any West Indian batter settle down. The spin trio of Ashwin, Ravi Bishnoi, and Ravindra Jadeja took crucial wickets in the middle overs. Arshdeep was excellent with his lines. Bishnoi, Ashwin, and Arshdeep took two wickets apiece, while Bhuvi and Jadeja picked up one wicket each. After the match, Karthik had a discussion with Ravichandran Ashwin on BCCI TV. He said that the team has plans to go into the upcoming T20 World Cup. DK added,

“These are small tick-boxes that we need to have at this point. But the ultimate goal is to do well in the T20 World Cup. I think this is a very different team and I am enjoying this set-up. There is a great sort of calmness that is around the captain and the coach. A lot of credit must go to them.”

The 37-year-old made his debut for India in 2004. He was also part of the Indian team that won the inaugural T20 World Cup in 2007 in South Africa. DK was also there with the team that won the Champions Trophy in 2013. But since then, India has not won an ICC tournament. The second T20 between India and the West Indies will take place on Monday, August 1 at Warner Park in Basseterre, St. Kitts. Stay tuned for our 100% FREE cricket tips and match guides from our professional betting tipsters.