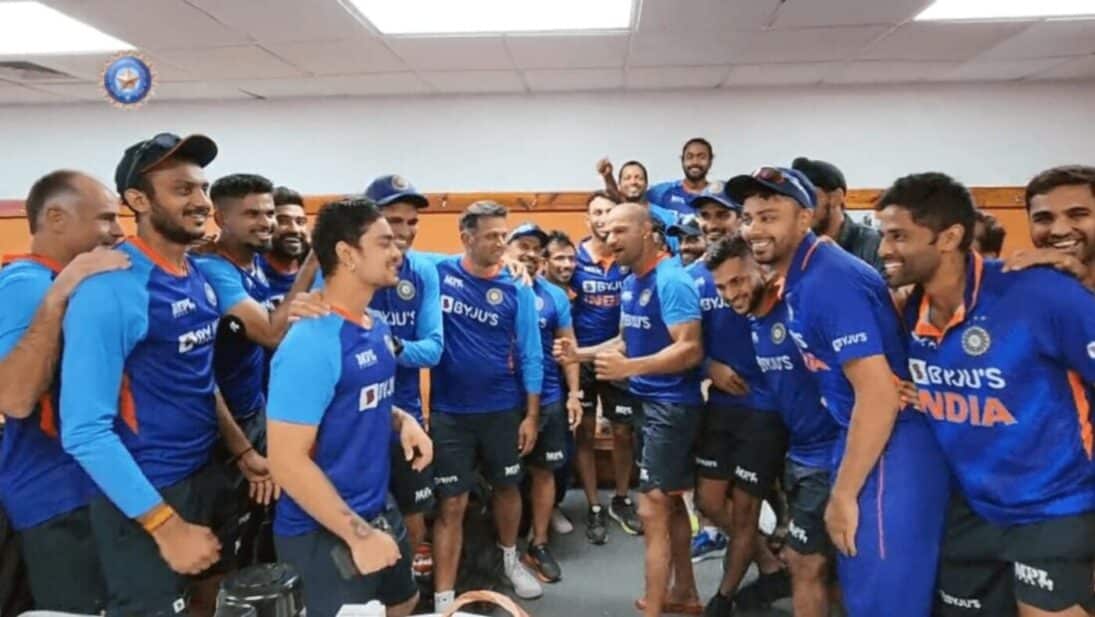 WI vs IND: The Indian team dominated the Men in Maroon in yet another bilateral series. This time, India has also created a record for winning the most consecutive bilateral series wins against one opponent. The Men in Blue have become the first team to win 12 successive series wins over one opponent. And the man behind this feat is Shikhar Dhawan. The veteran opener led India in the absence of seniors and has achieved a massive feat. Want to bet on cricket on the move? Discover more legal betting sites in india here on our site.

He has also become the first Indian captain to have a series whitewash against West Indies on their home soil. On Wednesday, the Men in Blue registered a comprehensive win over the hosts, winning by a big margin of 119 runs. Despite having three or four rain breaks, India kept dominating the game. The hosts found themselves totally uncomfortable first against the Indian batters, and then, the Indian bowlers completed the formalities.

WI vs IND: Watch the post-match celebration of “Champions” India

The third and final match was interrupted due to the rain a few times. Batting first, the hosts made 225/3 in 36 overs before the innings were called off due to rain. Both openers gave another good start and made 113 runs for the first wicket. Dhawan made 58 runs and got out. Shubman Gill was looking good for his maiden century, but due to the rain intervention, the innings were over and he remained not out on 98* runs.

West Indies were asked to chase down the target of 257 in 35 overs as per the D/L method. But the Indian bowlers didn’t let them settle down. Mohammed Siraj was exceptional with the new ball, picking up the first two wickets in his very first over. Then, in the end, Chahal cleaned up the tail and took four wickets. India won the match by 119 runs by dismissing the home team for 137 runs. After the win, India was all in celebration mode in the Indian dressing room.

The BCCI posted a video clip featuring all the players and support staff, including head coach Rahul Dravid. The head coach praised the efforts of the team and skipper. On the other hand, Dhawan also lauded its players and had a fun celebration. He said,”When I say ‘who are we?’ you will all say champions.”

Gill, who made an unbeaten 98* runs, won the “Man of the Match” award. He was also named the “Man of the Series” for scoring the most runs. He scored 205 runs in three games at an average of 102.50 and a strike rate of 102.5. Now that the ODI series is over, both teams will compete in a five-match T20I series starting on Friday. Read 10cric reviews here and learn more about how online betting works with this app. Try it out now!