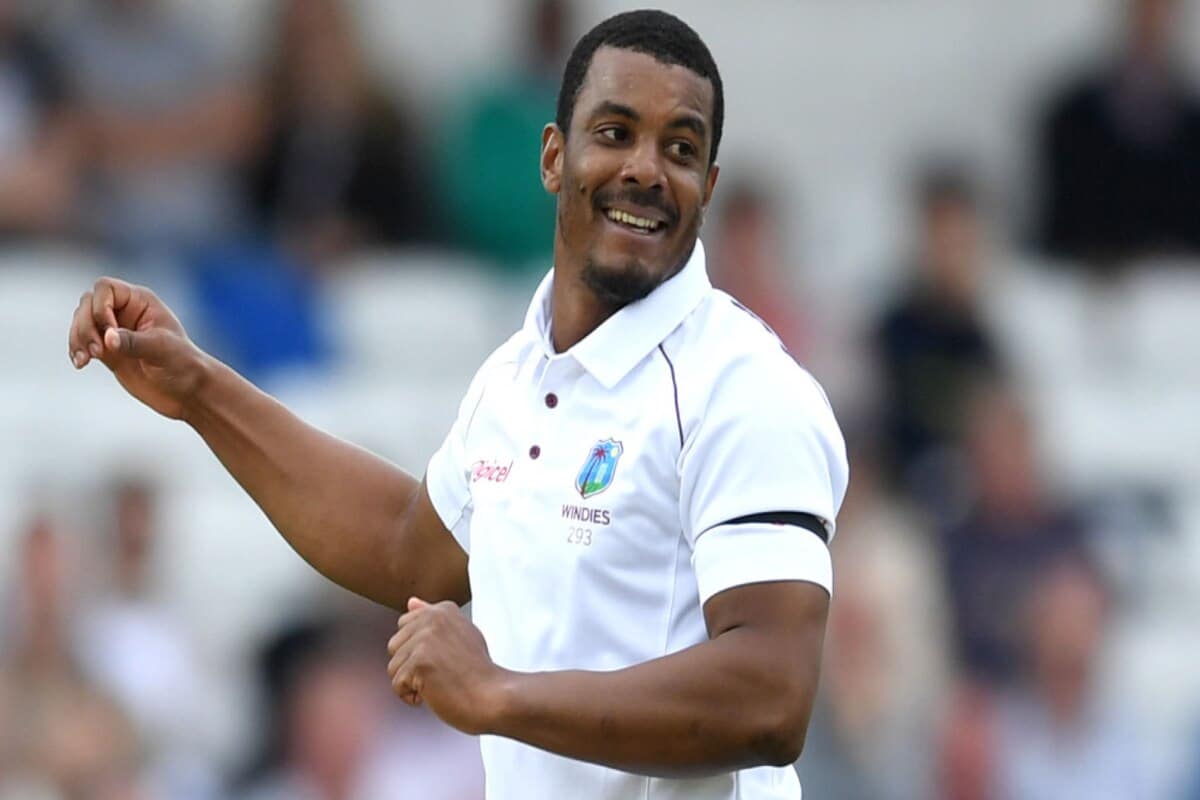 Veteran fast bowler Shannon Gabriel has been recalled after being named in the 15-man strong squad for West Indies’ next tour of Zimbabwe. The left-arm spin duo of Jomel Warrican and Gudakesh Motie have also earned recalls alongside Gabriel. Shamarh Brooks, who scored just 52 runs from four innings in the last tour of Australia, has been dropped from the Test squad.

The Cricket West Indies (CWI) selection committee has kept faith in the all-rounder Raymon Reifer even though he failed to feature on the tour of Australia after picking up a groin injury. Devon Thomas, who made his Test debut Down Under, has managed to retain his place in the side. Young seamer Jayden Seales has been ruled out of the upcoming tour after undergoing knee surgery while fellow Trinidadian Anderson Phillip has also been sidelined with an injury.

Gabriel has returned to the squad as Seales is injured. The 34-year-old has taken 161 wickets from 56 Tests. He used to spearhead the Caribbean bowling attack, but has not featured in a Test for 15 months due to injury and loss of form but now returns alongside new ball partner Kemar Roach who will lead the pace bowling group in Zimbabwe. Gabriel turned out for his native Trinidad and Tobago Red Force last year, struggling in the first-class campaign with a single wicket from four matches but excelling in the Super50 Cup with 15 wickets from seven outings.

ZIM VS WI: Gabriel Comes in for Seales

“We looked at the conditions we anticipate playing in, and have included two left-arm spinners who didn’t go to Australia in Motie and Warrican. With our fast bowlers, Seales has done extremely well for us since he started back in 2021, but with him unavailable we have decided that Gabriel would be best able to fill that role. He (Gabriel) is an experienced bowler who has been at the international level for over 10 years and has knowledge of the conditions in Zimbabwe when we won there in 2017,” said CWI lead selector Desmond Haynes.

West Indies will tour Zimbabwe to play two Tests at the Queens Sports Club in Bulawayo, with the first Test starting on February 4. Prior to the start of the Test series, the Kraigg Brathwaite-led side will have a three-day warm-up match against a local side from 28 to 30 January at Bulawayo Athletic Club.