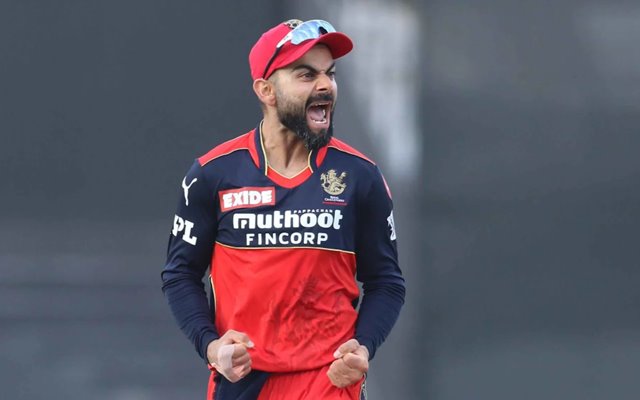 Royal Challengers Bangalore (RCB) picked yet another win in their IPL 2021 campaign and defeated Punjab Kings (PBKS) by 6 runs. The win helped RCB join CSK and DC in the playoffs. RCB skipper Virat Kohli was elated after the win and said they will be more aggressive in the remaining two fixtures to give themselves a fair of finishing in the top 2. Learn more about 10Cric India Review here!

“It feels amazing. After 2011, we haven’t done it with games to spare. Eight wins out of 12 games is a great campaign. We have two more opportunities to finish in the top two. Should give us motivation to play even more fearlessly.”

RCB is enjoying a dream in the IPL 2021 and have won eight of their 12 games. Good starts backed by strong finishes has helped RCB post big scores on the board. Same was the case against PBKS as well. Devdutt Padikkal and Virat Kohli gave the team a solid start, adding 68 runs for the first wicket before Maxwell stole the show with a 33-ball 57, helping RCB set a target of 164. While KL Rahul and Mayank Agarwal got PBKS off to a decent start, Yuzvendra Chahal spun the web around PBKS batters, as the team fell short by 6 runs.
Check out our top online Cricket Betting sites here.

RCB’s bowling surprisingly has been brilliant this season. Over the years, this has been their weak link but this season they have emerged as their strength. Lauding the bowlers Kohli said, “The resurgence of Siraj, ever since he has done well in Test cricket. Harshal’s inclusion has been outstanding. Yuzi has chipped in, as has Shahbaz. Garton has come in. If the players don’t step up, then the campaign goes off track,” he concluded.