Home » News » “With All Due Respect To Virat”: Harbhajan Singh Names His Favourite Batsman

“With All Due Respect To Virat”: Harbhajan Singh Names His Favourite Batsman 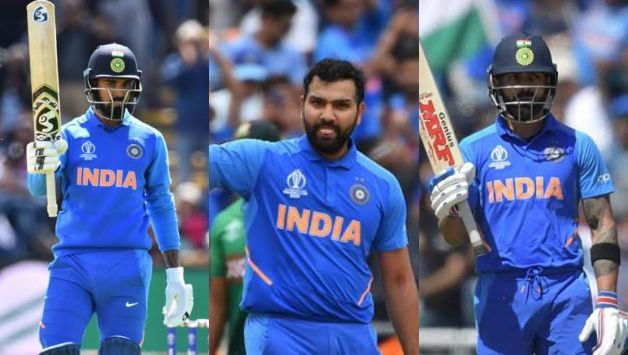 Harbhajan Singh Reveals His Favourite Batsman and Bowler: There is always a discussion between the fans about who is the best Indian batter. An Indian team is always blessed with top-ranked batsmen. India has always produced many batting legends like Sachin Tendulkar, Rahul Dravid, Sunil Gavaskar, Virender Sehwag, MS Dhoni, and Yuvraj Singh. Whether it is in the current era or the previous decade, India is always rich with batting icons.

Virat Kohli, Rohit Sharma, and KL Rahul are some of the current world’s best batsmen in the Indian setup. But what do you think? Who’s your favourite amongst these?

However, former Indian spinner Harbhajan Singh has expressed his view on this. Speaking to Sports Today, Harbhajan named his favourite batsman and bowler in the current era. Bhajji revealed that there are many good batsmen in the world of cricket. But in his opinion, he rates Rohit Sharma above all. He said,

“Favourite batsman: Rohit Sharma. Whether T20, one-day cricket, Test cricket, when Rohit is batting, he is unbelievable. He has got so much of time, he makes batting look very, very easy,”

Harbhajan Singh said that Virat and KL Rahul are also among the best, but, “I think Rohit is probably the best batsman in world cricket, with all due respect to others like Virat Kohli and KL Rahul. They are equally good as well but when Rohit plays, he is at a different level altogether. So Rohit is my favourite batsman. ”
Here’s our today cricket tips. Do check it here.

Harbhajan Singh also gave the name of the best bowler in his opinion. He praised the performance of Bumrah in all three formats. He said,

“Coming to bowlers, Jasprit Bumrah, I think, is a class apart. Whether we talk about T20s, one-dayers or Test cricket, Jasprit Bumrah is a top-class bowler. These are my two favourite players. “

Jaspreet Bumrah is rested for the upcoming series against the West Indies.

Rohit Sharma, who was ruled out of the tour of South Africa, is back. He is the white ball captain and will lead the Indian side in the home series against the West Indies.

Rohit has led India 22 times in T20Is and has a wonderful record, winning 18 matches and his winning percentage is 81.81 percent. The first time Rohit led India in T20Is was in 2017 against Sri Lanka and the team thumped the opponents 3-0.