Home » News » “Women’s IPL is Something We are Really Waiting For,” Harmanpreet Kaur after Winning WBBL Player of the Year

“Women’s IPL is Something We are Really Waiting For,” Harmanpreet Kaur after Winning WBBL Player of the Year 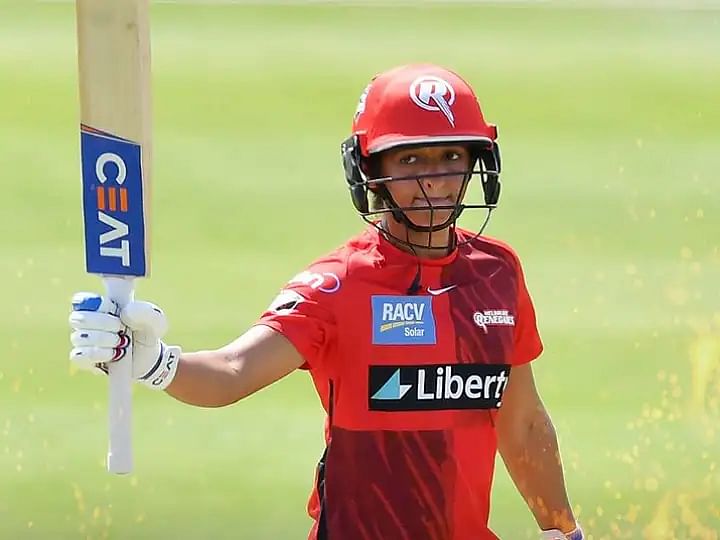 The talks surrounding the Women’s IPL in India have been doing rounds for quite some time now. Indian Premier League organized by the Board of Control for Cricket in India (BCCI) is a massive hit and the tournament is recognized as the best T20 league in men’s cricket.

The popularity of Men’s IPL has paved way for the demand for a Women’s IPL too. Many veteran players and cricket pundits believe that hosting Women’s IPL will provide much-needed upliftment to Women cricketers in India. Also, the tournament will act as a catalyst for promoting the game among females across the globe. Take a look what’s today cricket prediction and how we do it.

India’s Women T20I captain Harmanpreet Kaur is also hopeful for Women’s IPL. The 32-year-old expressed her desire of playing IPL after she scripted history by becoming the first Indian to be named WBBL player of the tournament.

Harmanpreet played her trade for Melbourne Renegades during the 2021 edition of the Women’s Big Bash League (WBBL). The Indian T20I captain was absolutely terrific throughout the league as she played a massive role in Melbourne’s success in the competition.

The Moga-born hammered 399 runs during the league stage at an average of 66.50 and strike-rate of 135.25. She also picked up 15 wickets at an economy rate of 7.46 to earn the title of player of the tournament. Notably, Harmanpreet is only the third overseas player to bag the prestigious award after Devine and Amy Satterthwaite.

BCCI will definitely come up with something for women’s IPL: Harmanpreet Kaur

As the all-rounder appeared before the media, she looked hopeful of BCCI starting Women’s IPL at the earliest. “I think we have been looking at this for a long time and I hope, you know, sooner this women’s IPL will also start.

“We will also invite overseas players over there so that they can also share their experience with our domestic players. I think this is something we are really waiting for and I hope, you know, this will start,” Harmanpreet said.

Elaborating her views on the issue further, Harmanpreet reckoned that the Indian Women players can only perform better on the field. The decision of when and how to organize lies solely on BCCI.

“Performance is something which is in our hands and the rest of the things are totally dependent on BCCI and the cricket board. We can’t do something extra on that but we can only request and that’s what we have done, you know, for many years.

“They know better than us. They know when to do it and how to start and they are also thinking about that and I’m sure, you know, they will definitely come up with something for women’s cricket,” Harmanpreet added. During the media interaction, the right-hander was also questioned regarding her experience of playing in the Women’s Big Bash League. Harmanpreet believes that her winning the player of the tournament award will inspire other Indian female players to participate in the league. Learn more how to bet using bet365 online betting.

“Playing any tournament will give you lots of confidence and WBBL is something, you know, it’s a very, very big platform back home. Every Indian wants to play in this league.

‘I was the first one who got this opportunity to play and today, you know, winning this player of the tournament definitely gives lots of confidence to Indian girls also. They can also come here and perform and, you know, be part of this and then there are all the chances to achieve a lot in their cricket career,” Harmanpreet concluded.