Home » News » World Test Championship is like a World Cup for me: Neil Wagner

World Test Championship is like a World Cup for me: Neil Wagner 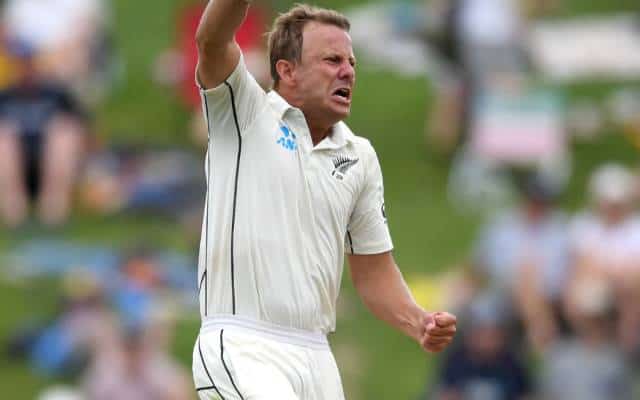 New Zealand’s left-arm pacer Neil Wagner is gearing up for the upcoming two-match Test series against England. However, his eyes are firmly set on the World Test Championship final to be played in Southampton against India from June 18. The two Test matches against England will certainly serve them as very good match practice to get used to the conditions.

Wagner has accounted for 219 wickets in 51 Test matches so far but many are unaware that he is yet to play a single white-ball match for New Zealand in his career. Even age is not on the side of the 35-year-old to make it into the ODIs and T20Is. For the same reason, he is looking at the World Test Championship as a World Cup. Recently, even India’s Test specialists Ishant Sharma and Ravi Ashwin had expressed similar opinions.

Wagner, however, understands that the opportunity in the limited-overs formats will never come and wants to give his everything in the WTC Final against India. “Yeah, it is like a World Cup final for me. The biggest disappointment, I guess, in my career is that I’ve never really played a white-ball game for New Zealand or never been able to crack into the T20 or the one-day game.

What is betway – betway is online or mobile betting platform this is the perfect tool for betting.

“That ship has probably sailed now and I don’t think the opportunity will ever come. For me now, it’s about putting all my focus and energy into Test cricket and to be able to play in a World Test Championship final is like a World Cup for me. I know this final is the first and there isn’t a lot of history around it, but it’s the start of something that’s pretty big,” he said while speaking to ESPNCricinfo.

Take a look our cricket betting tips big bash. You will learn more from us how online betting really work.

“It’s extremely exciting, but I don’t want to think too far ahead. Don’t want to let the occasion get to you, just treat it like another Test match and do the same things you do. It’s definitely going to be a special occasion. That’s for sure,” Wagner further added.