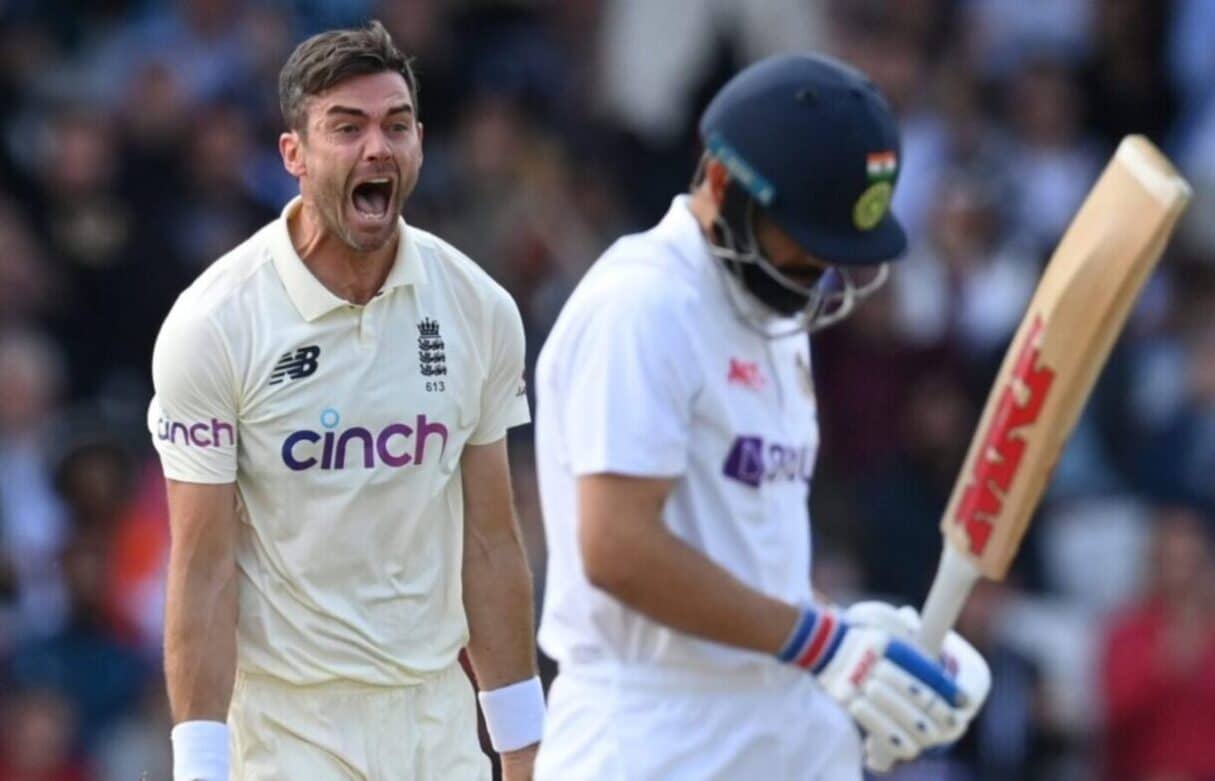 One of the oldest and most entertaining rivalries in cricket is between Virat Kohli and James Anderson. It is always a sight to watch when these two legends of the game come to play against each other. However, the fifth and final test between India and England was the last time these two players faced each other. Anderson, who is at the top of the chart, is one of the finest bowlers that the game has ever seen. Are you looking for legal betting sites in India on the go? If yes, read more here.

He has taken a total of 657 wickets in 172 Test matches in his career so far. The 39-year-old was part of the English XI in the rescheduled test against India. However, the veteran pacer has always enjoyed bowling against the former Indian skipper over the years and he still wants to bowl at him. Both players have each other’s numbers in this battle.

“I would love to bowl at Virat again” – James Anderson

After the third and final match between India and England, in a pre-match discussion on Sony Sports, the 39-year-old said that he would love to bowl at Virat once again. Notably, this rivarly started in 2014, when India toured England. The former Indian skipper had a horrible tour and got out to Anderson four times. But after that tour, Virat didn’t give his wicket to the 39-year-old in the 2016 (home), 2018 (away) and 2021 (home) series.

But, Anderson dismissed Kohli twice in the 2021-22 tour. However, both teams will now play their next test series in 2024, and it is still doubtful whether both these legends will be there or not. Many consider the fifth test was the final episode of the Anderson vs Kohli rivalry. Former Indian pacer, Zaheer Khan, also shared his opinion on this. He said that it was one of the best battles between two greats of the game. Zaheer added,

With the next series to be played in 2024, it will be a big question whether these two will be available for the next time or not. Browse the latest cricket betting odds on a wide range of markets and learn how betting odds work and give you the best cricket rates online.