Home » News » ZIM VS BAN: “I am very disappointed, I didn’t expect to lose to Zimbabwe”, Khaled Mahmud

ZIM VS BAN: “I am very disappointed, I didn’t expect to lose to Zimbabwe”, Khaled Mahmud 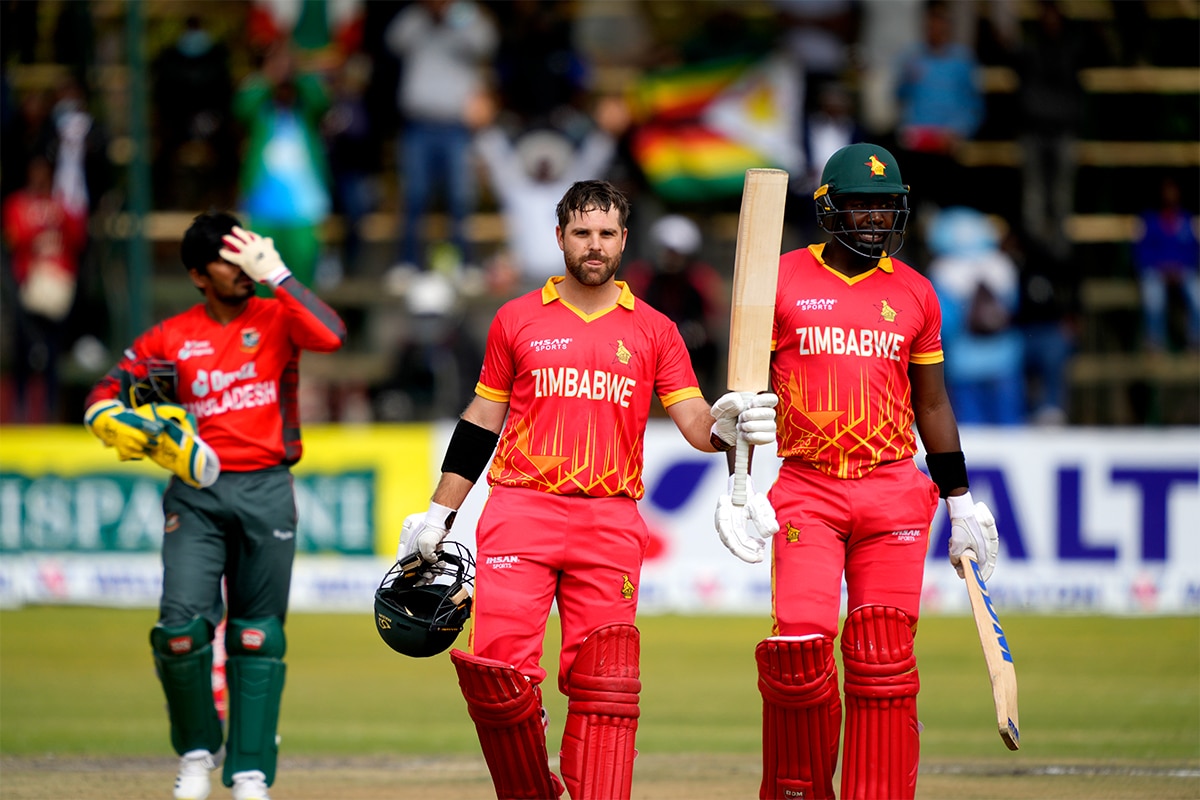 ZIM VS BAN: Bangladesh men’s team director Khaled Mahmud has lashed out at the national team for their T20I series loss to Zimbabwe. The former Test skipper has referred to the defeat as a ‘disgrace’ and felt Bangladesh should have won it. However, Bangladesh went down by 17 runs in the first T20I and they returned to level the series with a seven-wicket win in the second as well. Discover more best sports betting sites in India that are top-rated in the market and it has an amazing live betting platform. Have fun at home!

Meanwhile, the tourists had the upper hand for the most part in the third T20I before Ryan Burl’s onslaught helped Zimbabwe’s 10-run win as well. Mahmud has also said that he never expected Bangladesh to lose the series this way as well. The veteran has stated that Bangladesh’s batters didn’t even try to reach the required rate of 10 or 12 and instead batted to save their places.

Mahmud said, as quoted by ESPN Cricinfo: “I am very disappointed, I didn’t expect to lose to Zimbabwe. We are a better team than them. I would call it a disgrace. I won’t give any excuses. We should have won the T20I series. Losing was quite unusual. When we needed 10 or 12 runs an over, we were getting six or seven every over. Nobody even tried to hit a six. Everyone was playing for ones and twos. What was that? They batted like trying to protect their place, make enough runs so that they don’t lose their place.”

ZIM VS BAN: Bangladesh men’s team director Khaled Mahmud is not happy with the team’s performance

It’s worth mentioning that Bangladesh restricted Zimbabwe to 67-6 before Burl smashed 34 runs in an over off Nasum Ahmed. His 28-ball 54 helped the hosts to reach 156. Meanwhile, Mahmud also added the Zimbabwean batters’ examples and slammed Afif Hossain and Nazmul Hossain Shanto for their lack of intent.

He said: “When you are chasing 157, you can’t win a game by batting at 90 or 110 strike rate. Someone had to go after the bowling. Look at their (Burl and Jongwe) strike rate. They changed the complexion of the game. You can’t expect Litton Das to score every day. Whether it was Afif or Shanto, I didn’t see anyone batting aggressively. If you can’t pull a short ball for six, that’s going to be a problem.”

Notably, this was Zimbabwe’s first T20I series victory over Bangladesh. The three-match ODI series will begin on Friday (August 5) in Harare as well. Download one of the best betting apps with a user-friendly design, and plenty of payment options, and enjoy all features and bonuses here on our site.