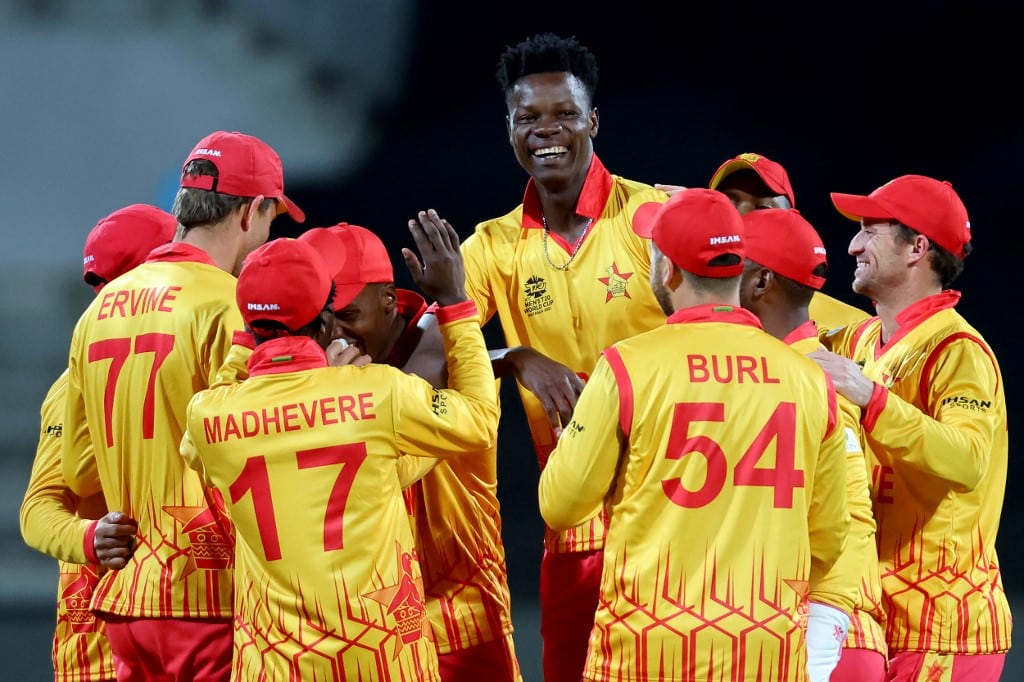 Sikandar Raza becomes a one-man army against Ireland as Zimbabwe kick-starts their T20 World Cup with a win. Winning the toss Ireland chose to bowl first. Zimbabwe was down to 79 runs at the loss of 4 wickets when Sikandar Raza stood rock solid. Continuing his form from the bilateral series, he smashed 82 runs from 42 balls with five 4s and five sixes after losing his wicket on the last ball of the innings. Ireland had a huge target of 175 runs to chase down.

Zimbabwe was propelled in Hobart by Blessing Muzarabani, Richard Ngarava, and Sikandar Raza, a pace trio that played with ferocity. To contain the Irish, a team with a threatening batting order, Zimbabwe put on a professional display. Paul Stirling was out for a duck. Following this they 3 quick wickets of Andrew Balbirnie, Lorcan Tucker and Harry Tractor. Curtis Campher, George Dockrell, and Gareth Delany did cameos of 27, 24 and 24 runs respectively. However, by the 20th over the team could only reach 143/9.

After winning their first game in the T20 World Cup qualifiers, Sikandar Raza said, “The only thing I said to Sean [Williams] (at 37/3) was, ‘let’s try and take the team as far as we can’. The only thought in my head was to just bat. I didn’t allow the emotions to get the better of me. I looked to time the ball well and take it from there. The wicket got harder or I got tired. The second phase of my innings was poor. I was trying to work around myself in the crease so that I can find the back of a length that I am looking forward to try and pull, cut and hook. There is no secret.”

Raza further explained that he felt a little off with his health because of the cold weather. He accepted that he needed to work on his fitness and spoke about the goal of the team to reach super 12s in the T20 World Cup. Zimbabwe’s captain was on cloud 9 with the win and couldn’t stop appreciating Raza. The team will next play against West Indies on Wednesday and Scotland on Friday. Scotland has already earned 2 points by defeating the West Indies.